Artist: People Club
Label: Self Released
Impact date: Single & EP: Out now
ROTD featured date: Friday 15 November 2019
Update Required To play the media you will need to either update your browser to a recent version or update your Flash plugin. 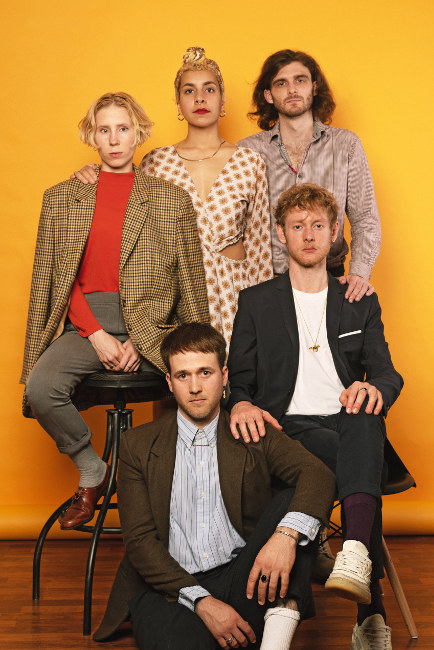 People Club are an international collective based in Berlin who create beautiful alt-pop indie tunes with a soulful undertone. The band formed in 2018 after they all moved to the city in late 2017 from their respective countries (Australia, USA, UK, New Zealand) and responded to a series of online ads. Earlier this summer they dropped their first two singles, Lonesome and Better, which quickly picked up radio support at Radio 1 (Jack Saunders Next Wave), 6Music (Tom Ravenscroft, Steve Lamacq) and Radio X (John Kennedy, Polly James). Today they release their new EP Kil Scott featuring their latest single, this gorgeously melancholic and slinky number. With over 305k streams on Spotify and online tastemaker support at Clash, DIY, and The 405, plus further radio support at 6Music (Radcliffe & Maconie) too, Perfume is gaining attention in all the right places. Having recently joined Sarah Besnard’s roster (Fontaines DC, Girl Band) at ATC Live, the band play their first London headline show at The Islington in a few weeks (28 November) as well as opening for Omar Apollo in Brighton (26 November).