Artist: Sean OB
Label: Universal Music Ireland
Impact date: Out now
ROTD featured date: Thursday 24 October 2019
Update Required To play the media you will need to either update your browser to a recent version or update your Flash plugin. 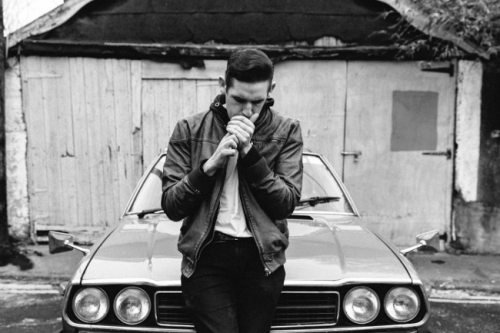 Irishman Sean OB is a songwriter and musician with a voice and attitude that is unmistakable. Having spent his youth forming multiple bands and touring the UK and Ireland, the multi-instrumentalist went back to the drawing board to work on his solo material and last year dropped his debut EP, produced by Grammy award-winning Rob Kirwan (Hozier/The Horrors). The EP went on to pick up tastemaker praise from the likes of Clash, Joe.ie, Steve Lamacq (6 Music) and John Kennedy (Radio X). Now gearing up for the release of his second EP Cigarettes & Perfume later this year, he is back with this punchy dose of infectious punk-infused rock ‘n’ roll. Sounding like an energetic blend of the Clash meets the Pogues, Single Young Man tells a tale of a past relationship and dealing with cannabis psychosis and anxiety. At the end of next month, Sean will be popping over to the UK for a mini-tour, including a date in London at the Sebright Arms on 27 November. This is ferocious punk fuelled rock for those of you who like a bit of bite and attitude.