Artist: Electric Enemy
Label: Red Sun Records
Impact date: Single: Out now/Album: 2020
ROTD featured date: Friday 18 October 2019
Update Required To play the media you will need to either update your browser to a recent version or update your Flash plugin. 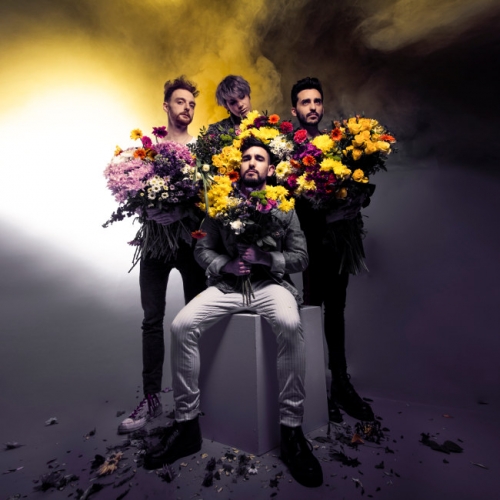 With one of the most anthemic and expansive rock offerings we’ve heard in a long time, let us introduce you to Electric Enemy. The London-based four-piece, who have been honing their grandiose heavy pop sound for the past two years, made their breakthrough early this summer when they opened the main stage at the Isle of Wight festival and released their debut track Climb. The track went on to feature in Spotify’s Hot New Bands and Amazon’s Best New Bands editorial playlists. Last month, they headlined the International Festival Forum ‘Solo Presents’ stage at The Monarch in London to a packed out industry audience, which led to further festival bookings. Now they are back with this tightly produced blast of rock goodness, full of powerful guitar riffs, melodic piano motifs, and one hell of a chorus, all set to lift your spirits and deliver a powerful message. Watch the video here. It’s the kind of song we can see easily being picked up for sync to a big American TV series or Hollywood action/comic-book film, it's that epic. They are currently recording their debut album with producer Sam Miller (Paloma Faith, Razorlight) to be released next year, but you can hear more from them next Thursday (24 October) when they support Bang Bang Romeo at Omeara in London. They may be wearing their influences on their sleeves but with melodic hooks and anthemic choruses like this, who cares, this is rock music at its finest.