Jimmy From The Gym

Artist: EEVA
Label: The Other Songs
Impact date: Out now
ROTD featured date: Wednesday 16 October 2019
Update Required To play the media you will need to either update your browser to a recent version or update your Flash plugin. 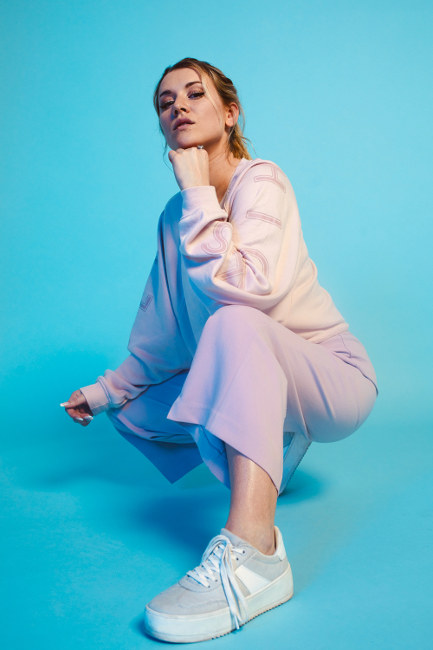 This super addictive and kitsch pop debut is from Sweden’s EEVA, aka Emelie Eriksson - one of the country’s hottest young songwriters. Having grown up in Oskarshamn, a small Swedish town, she first found fame when a song she wrote for a friend's wedding went viral. After that, she became one of the first-ever students at the Dreamhill Music Academy, established by Swedish pop legend Anders Bagge (Madonna, J.Lo and Janet Jackson), and has now written for Anastacia, Becky G, Kaiser Chiefs, and Mike Perry as part of the team at Baggpipe Studios in Stockholm. Signed to The Other Songs (RuthAnne, Mabes), this buoyant dose of contemporary bubblegum pop featured on Spotify UK’s New Music Friday upon release at the end of last month and has since been added to Fresh Finds and Pop Right Now editorial playlists. With its quirky lyrics and upbeat nature, it’s great to see an artist just being herself and having fun, without trying to conform to the standard pop norms. Just brilliant.