Artist: Maisie Peters
Label: Atlantic Records
Impact date: Single & EP: Out now
ROTD featured date: Tuesday 15 October 2019
Update Required To play the media you will need to either update your browser to a recent version or update your Flash plugin. 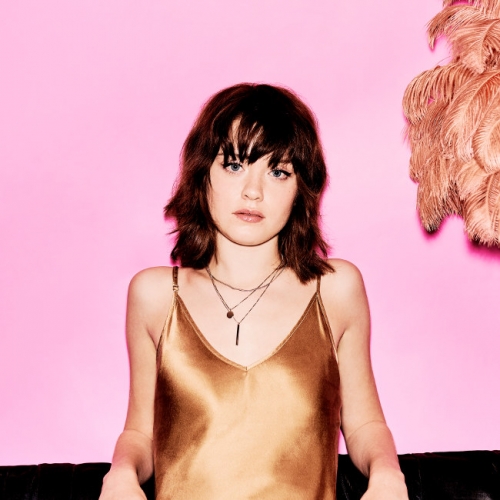 Maisie Peters is an artist we have been keeping tabs on since we heard her gorgeous Place We Were Made debut back in 2017. Since then, it’s been a remarkable rise for the 19 year old singer-songwriter who signed to Atlantic Records and released her debut Dressed Too Nice For A Jacket EP, completed a sold-out headline tour earlier this year, and picked up a couple of famous fans (Lewis Capaldi, Lauv, and Sam Smith) along the way too. Tastemaker praise has poured in from the likes of the Line Of Best Fit, Clash, NME and many other blogs, while Spotify, Apple, Amazon, and Deezer have all supported her. Now back with her brand new EP, It’s Your Bed Babe, It’s Your Funeral, the West Sussex artist has produced another gorgeous collection of accessible and perfectly formed observational pop nuggets. Like this upbeat and quirky number with its addictive singalong chorus and amusing accompanying video, watch it here. Previous single This Is On You has just been added to Radio 1 C list. On 14 November she will play her biggest headline show to date at Shepherds Bush Empire, so mark this in your diary now. With over 210m streams, 6.2m video views and over 200k fans on social media, it's all shaping up rather nicely for the young artist, and on this form, we wouldn’t bet against Maisie becoming one of the biggest new stars in 2020.