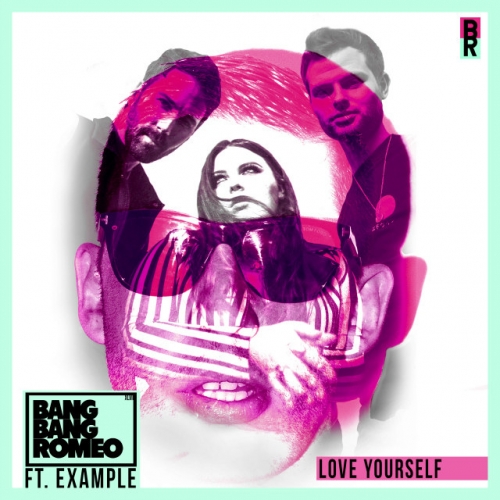 Now here’s a song with masses of potential to become a future hit. Instantly engaging with a heartfelt and positive message, Love Yourself from Yorkshire trio Bang Bang Romeo featuring Example is, quite simply, an absolute joy, from start to finish. With frontwoman Anastasia “Stars” Walker and Example trading verses to its climactic end, we suspect you'll be tapping along in no time at all, thanks to its rousing beat and anthemic nature, complete with a gorgeously strummed folk-tinged melody. Having just finished touring with Pink on her European tour this summer, it seems the band have picked up a few tips from the star on how to write a global pop banger. Perfect for pop and feelgood contextual playlists, as well as plays across radio stations, we can see this compelling track being picked up for sync too for TV and advertisements. Taken from their forthcoming debut album A Heartbreaker's Guide To The Galaxy in November, the band have already garnered tastemaker support from the likes of BBC Radio 1, 6 Music, Radio X, the Independent, NME, Clash and more. Yesterday, they kickstarted their 17 date tour of the UK and Ireland, with many already sold-out, including their London show at Omeara on 24 October. Positive, energetic and totally irresistible, Love Yourself further cements Bang Bang Romeo status as one of the most exciting acts around.