Calling (I Hear You)

Artist: Wide Eyed Boy
Label: Polygonia Music
Impact date: Out now
ROTD featured date: Friday 27 September 2019
Update Required To play the media you will need to either update your browser to a recent version or update your Flash plugin. 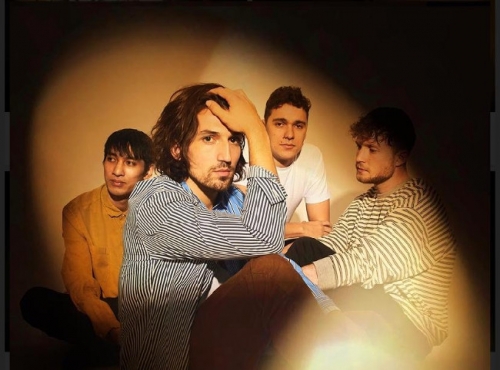 Two parts British, one part German, and one part Australian, Wide Eyed Boy are an eclectic mix of musicians from Liverpool. Comprising of Oliver Nagy (vocals), Jonny Ball (guitars), Kobe Pham (guitars) and Tom Taylor (drums), the lads met at LIPA, bonding over a shared love of music from the likes of Bowie, scouse favourites The Zutons and (fellow LIPA graduates) The Wombats. Having just finished touring the UK with Feeder and The Libertines, the four-piece have dropped this blast of anthemic indie joy. Reminiscent of Snow Patrol and a touch of The Killers, Calling (I Hear You) is full of rousing indie-rock melodies and an insanely infectious keys motif that will have you humming it within seconds. It's destined for future adds to indie and feelgood playlists, not to mention syncs too. Next week, they will head off to Germany for a mini-tour where they have been creating a buzz with their live performances before returning to the UK to put the finishing touches on to their debut album. An emerging new indie light for 2020.