I Think You're Wonderful 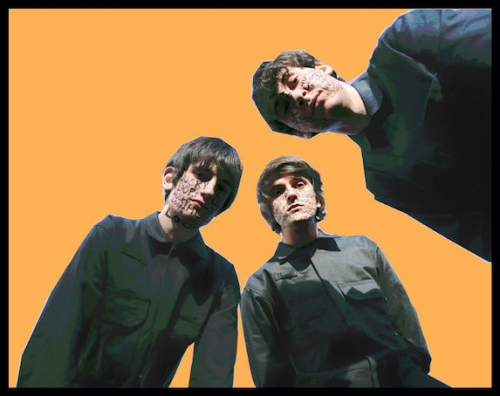 Grabbing your attention almost instantaneously, Radio 1's Annie Mac recently chose this Husky Loops tune as her Hottest Record In The World before then going on to make it her Track Of the Week last week. Pietro, Danio and Tommaso are London-based, but hail from Bologna. They're signed to producer Danger Mouse’s label 30th Century Records. Debut album I Can’t Even Speak English, due September 6, comes in a unique completely customisable form with a physical or digital pen, allowing fans to create their own bespoke cover. Twisting conventions with every turn, you can experience the album in full at a free entry pre-release party this Thursday (August 15) at Rye Wax in Peckham. There are UK and European live dates in October, including two nights at Bermondsey Social Club on October 16 & 17. With specialist support right across the board at Radio 1 for two of their previous tracks, and Spotify UK, Denmark, Japan and Iceland all popping this one into their New Music Friday playlists, the word is spreading. This is a cool, addictive groove that’s positively fizzing with energy and earworms aplenty.