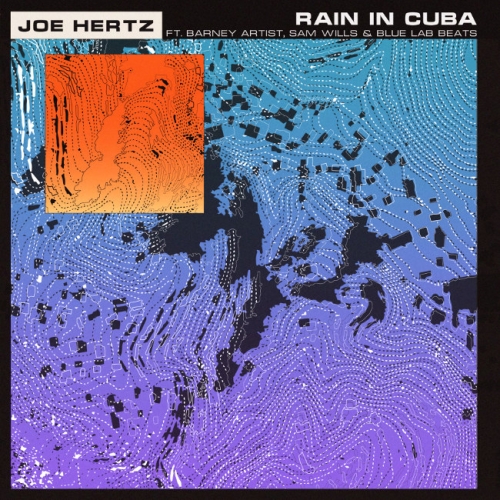 Probably one of the most blissful songs you will hear this week, Rain In Cuba is the latest release from rising London-based producer Joe Hertz. Joe enjoyed DJing from an early age and with his growing appreciation of hip hop and R&B he quickly began to build his production skills, calling on new London talent for his releases. This time around, he has teamed up with rapper Barney Artist, electronic soul artist Sam Wills and Blue Lab Beats for this soulful blend of ambient instrumentation with jazz-flecked vibes and a groovy downtempo beat. With over 60m streams and 1m monthly Spotify listeners, the track was immediately added to Spotify UK’s New Music Friday and Soultronic playlists last week, as well as a spot on six Apple Music's Best of the Week playlists. Aside from this, support has come rolling in for his music from the likes of Complex, Fact, Billboard, Notion, 1Xtra, Beats 1 and Rinse FM to name just a few. Earlier this year, he toured Asia where his fanbase is growing strong and is currently preparing a live show for future dates to be announced soon, but before this, you can catch him DJing at Lovebox and Wireless festivals in London. This is, quite simply, a laidback summer-tinged tune that you wouldn’t bet against being played poolside or as the sun sets in Ibiza. Marvellous.