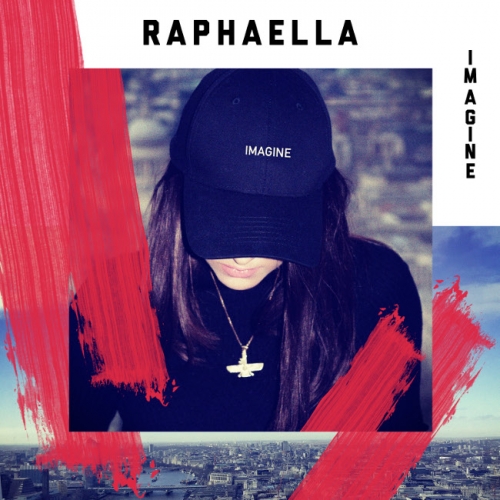 Imagine is the gorgeous title track to the British-Persian singer, songwriter and producer Raphaella's forthcoming EP released tomorrow. Premiered by Notion earlier this month, the track written and produced by the London-based artist after the ending of a relationship is a beautiful, electronic pop ballad to what could’ve been. With its swooping synths, lush instrumental textures and gloriously understated piano motif, Raphaella’s emotive vocals soar in this absolute gem. It's perfect for sync opportunities and wouldn't surprise us if we soon hear it on an American drama TV series. Her previous solo single, Turn Around, which we featured, reached number 3 in the Hype Machine charts and her work, including guest features and artist projects, have been premiered by leading tastemakers including Annie Mac, Pete Tong, Mistajam and DJ Target. Her recent collaborations include Gorgon City, MNEK, Rudimental, Wilkinson, and MIST to name a few whilst last year's guest feature on Belgium DJ Henri PFR's Until The End has now amassed nearly 9.5 million streams. This elegant and immaculately produced single demonstrates that Raphaella is a rising talent in her own right.