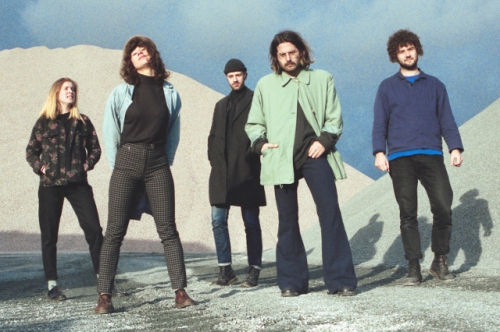 Fronted by the charismatic Megan de Klerk, Amsterdam based five-piece EUT craft infectious, alternative post-pop anthems about youthfulness and growing up. Formed in 2016 after meeting at a local art college, the band were introduced to V2 Records by their live agent Jaap de Waart who swiftly signed them and are now managed by Henning Dietz (The Asteroids Galaxy Tour & The Veils). Having released their previous single, Supplies, late last year, the band performed at this year’s Eurosonic festival and wowed audiences and critics alike, including The Line of Best Fit and Dutch music channel, 3Voor12. Their new single, Bad Sweet Pony, is already generating serious momentum at home in Holland with one of the biggest radio stations, 3FM, playlisting the single on heavy daytime rotation. It’s easy to see why with its energetic and captivating indie melodies, dreamy harmonies and catchy hooks. Further tastemaker support has come from Spotify who have added the single to their New Alternative, Absolute Alternative and Stay Tuned editorial playlists, whilst Deezer has included them in their 'The Next Class of 2018’ line up, and Vevo will premiere the video on 23 February. Addictive, fun and seriously cool, EUT are not too be missed.