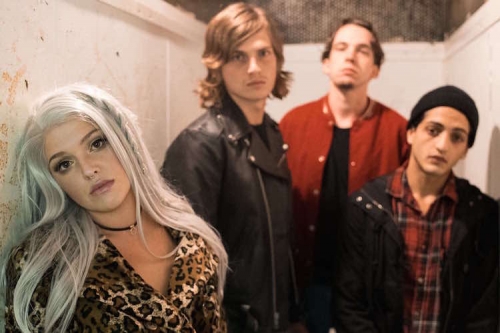 If a healthy dose of pop/punk inflamed guitars is needed to kickstart 2018, look no further than Heaven, the debut single from New Jersey band The Nectars. Formed in late 2016, the band decided early on to do things their own way, turning down a lucrative five album deal with a large US indie. Self releasing via the new FKP concerts label venture, UAP/Warner ADA, Heaven blends the pumped up art rock of Muse and Paramore's punk attitude with a touch of early No Doubt. Support is increasing daily with US ‘indie bible’ site Alt Wire, plus Substream, Photopassed, Alt Corner, NME Emerging and Team Rock all backing the band, and airplay is go with two local internet radio playlists, BlowUpRadio and WhereNJRockLives. Having just played a storming set at New York’s Mercury Lounge, the band will perform UK shows at Dot to Dot festival in May along with two London and four German club shows to coincide with the launch of their debut album Sci-Fi Television. A band as accomplished and dedicated as The Nectars are sure to reap big rewards from the DIY approach and the exciting campaign focus in the UK and Germany starts now.