Artist: Anna Pancaldi
Label: unsigned
Impact date: February 17
ROTD featured date: Monday 13 March 2017
Update Required To play the media you will need to either update your browser to a recent version or update your Flash plugin. 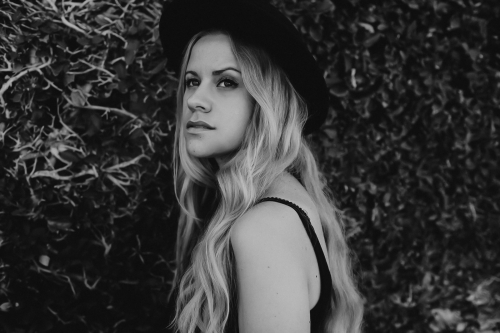 We last featured Anna Pancaldi this time two years ago with her stunning track Out Ahead. Since then she's been busy setting up stateside having toured around playing NYC, Nashville and LA and performed live on CBS TV LA. Her songwriting, sound and voice have been audibly honed over the past 24 months and she's now readying the release her latest EP Sweet Charity later this month on March 22. Highlighting her crisp voice here on Brother it's evident that the copious gigging has boosted her confidence and powerful vocal, catching the attention of 6 Music, Radio 2 and BBC Introducing London. Following three sold out London headline shows she's steadily gathering press attention with features from the likes of The 405, Spindle, The Line of Best Fit and others, as well as being featured on a British Airways unsigned playlist that is on every flight worldwide for a year. She'll next be live in London on March 22 at The Victoria in Dalston accompanied by a full band and string section - one not to be missed.