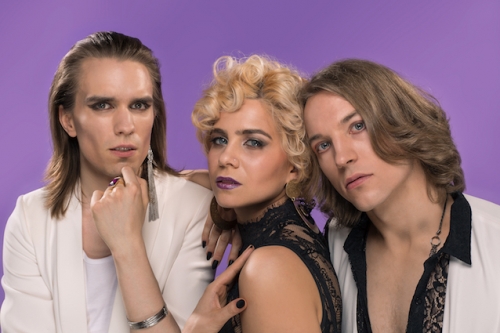 The enduring appeal of the 1980s musically and visually shows no sign of abating. Its influences remain with us and it’s clearly an era that Finnish band Beverly Girl absolutely adore. We’ve featured this trio before with their disco-tastic track Contagious back in June, and now they return with another song that sounds like a lost Jimmy Jam and Terry Lewis-produced deep cut from back in the day. Released last week, it peaked inside the Top 5 on Spotify Finland’s Official Viral Top 50, and they could be about to break outside their native Helsinki with their first show in France now booked, and an appearance lined-up for Talinn Music Week in March in Estonia. We’re in no doubt whatsoever that audiences across Europe will absolutely lap them up, once they’re exposed to them. They have that same kitsch quality that took Scissor Sisters debut album to stratospheric heights back in 2004, and back that fun side up with genuine solid musicianship. We can’t wait to see them hit the UK, although no dates are yet confirmed. If this groove doesn’t get to you, you might want to check your pulse.