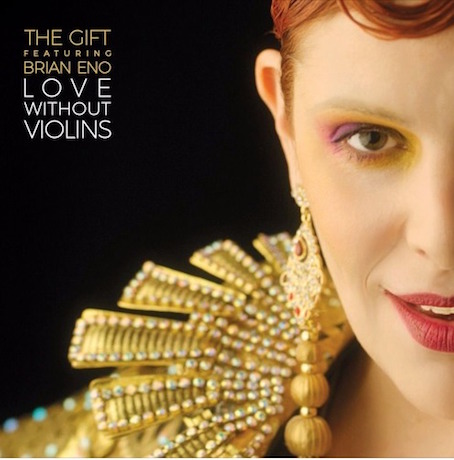 The legendary Brian Eno is featured on this noteworthy track from Portuguese quartet The Gift. It’s a song that he co-wrote and produced with the band and has been mixed by another music industry veteran, none other than Flood. It’s very quickly become a firm favourite at 6Music where Lauren Laverne had the first play, and it recently received a fantastic response on Steve Lamacq’s Roundtable. The song will feature on the band’s upcoming new album, which looks set to further raise their profile internationally, having impressed music fans in their native land, and with an MTV Europe award for Best Portuguese Act already under their belts. They shared stages with the likes of Arcade Fire, Bloc Party and Portishead, and toured the US and Canada as support to Anna Calvi. Singer Sonia Tavares delivers a brooding vocal over an early Kraftwerk-esque synth line, drawing you in as it builds and builds towards a euphoric final third. And when it’s over, you’ll immediately want to hit play again. Addictive and unique, don't be surprised to find this song becomes your new musical obsession.