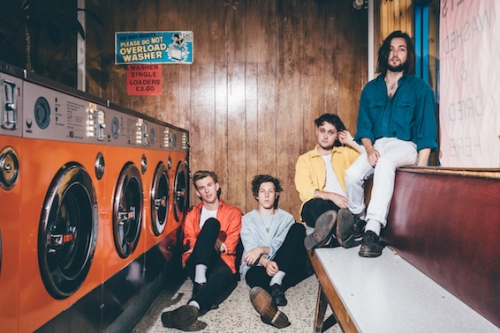 It’s been great seeing Leeds lads Marsicans grow and build in such a short space of time. We featured their excellent song Far Away (Saudade) in June, and since then they’ve developed their reputation as an exciting live act. The catalyst for this was undoubtedly their confident set on the BBC Introducing stage at Glastonbury, which was hugely well-received. This song got its first play from long-time supporter Huw Stephens at Radio 1 last week. It's their current set-closer and the lead track from The Absence EP, which is released today (September 16), providing a neat snapshot of their 2016 output so far. We’re premiering the video here too and it’s a dramatic affair, shot in black and white, that beautifully compliments this anthemic track. Their forthcoming 17-date UK tour hits London's Hoxton Square Bar & Kitchen on October 21. With Radio 1, Spotify, Radio X and other notable tastemakers on board, both in the UK and across the Netherlands (where their fanbase grows after summer Amsterdam shows), we love this tune and sense Marsicans can break through soon in a big way.