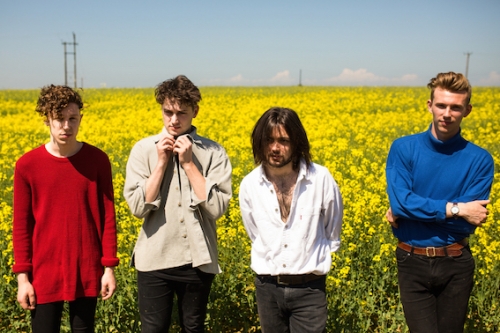 Marsicans are four lads from Leeds who emerged as eager teens a few years ago supporting a then-unknown Catfish & The Bottlemen at a tiny Wakefield venue. Since then they’ve crafted their sound into a tight, confident blend of catchy alt-pop that’s rammed with melodies and powers along with a summery groove. It’s one that’s won them a stack of tastemaker support so far this year with plays from Radio 1’s Huw Stephens, Radio X’s John Kennedy, BBC Introducing's Alan Raw in west Yorkshire, 6Music, Amazing Radio, and influential Netherlands station 3FM. Over the past few months, the band have released two other great tracks Arms Of Another and Swimming, both of which will appear alongside this on their latest EP The Absence, due later in August. A full UK tour is being lined up for October but first they play this Sunday (June 26) at noon on the BBC Introducing Stage at Glastonbury. With a solid punchy sound that’s destined to win over even the most-jaded festival goer, whatever musical genre they’re into, this anthemic guitar-driven gem is truly worthy of your attention.