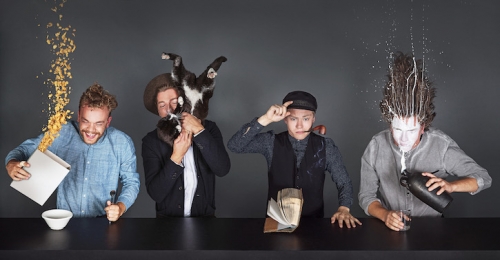 Latvia isn’t exactly renowned for producing world-class musical talent but Carnival Youth are turning that outdated perception on its head. As streaming platforms open up the world to localised breakout success stories and expose them to a keen global listenership, this four-piece have already won acclaim for their debut album No Clouds Allowed, which scooped the European Border Breakers Award at Eurosonic earlier this year, beating Years & Years, Aurora and Soak in the process. Since emerging in 2012, they have performed in almost every European country, including UK dates at Club NME at Koko in London and at The Great Escape. To promote their new album Propeller, they played 22 shows across ten different countries in the space of a month. Steve Lamacq at 6 Music is a big fan, alongside Huw Stephens at Radio 1, John Kennedy at Radio X and many others. This latest track is a retro-tinged feel-good guitar pop anthem with hugely broad appeal and looks set to raise their profile even further. Once summer properly arrives, this deserves to be played wherever you venture.