Artist: Pete Gardiner
Label: NUA Entertainment
Impact date: out now
ROTD featured date: Friday 20 May 2016
Update Required To play the media you will need to either update your browser to a recent version or update your Flash plugin. 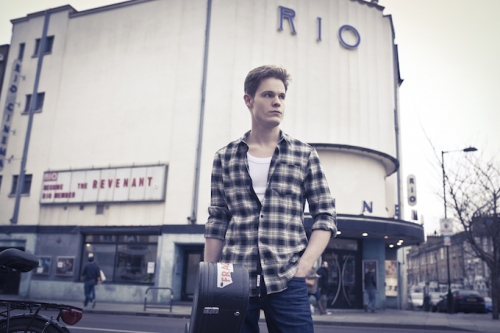 Pete Gardiner is a London-based artist that we featured last August with his quirky debut song Idols. Since then, he's continued to develop his songwriting talent, as demonstrated on this Americana-influenced track, conjuring up huge widescreen vistas and road trips lasting thousands of miles across open landscapes. He’s been busy too: touring with Lawson, spearheading a London Busking Event for the Mayor’s office, being commissioned to write the title song for a major movie release in his native Ireland later this year with Pol Brennan of Clannad, and working on his forthcoming debut album (due this autumn) with award-winning producer Tommy McLaughlin, who’s also worked with Soak and Villagers. The track was mixed by Ash Howes (co-writer of huge hits for Ellie Goulding, Kylie and Little Mix amongst others) and has just received its first Radio 2 play, courtesy of Janice Long. He’s performing at The Great Escape in Brighton at noon today (May 20) at The Black Lion to kick off the Impressive By The Sea Day Stage as part of the Alternative Escape. And this is his best song yet.