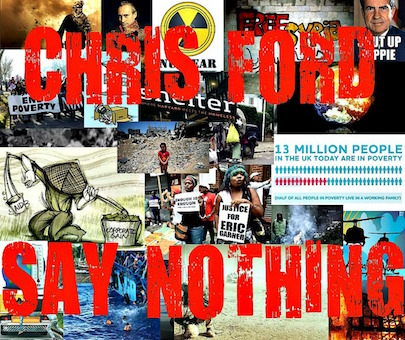 London-based Chris Ford is on a mission. He believes that politics and social conscience have almost entirely disappeared from music in 2016 and this from his forthcoming third album Good Morning America takes a swipe at some of the industry’s biggest superstars, asking us to consider their worth and questioning if they’re saying anything of consequence. It’s a viewpoint that’s contentious, but he delivers that solid punch by wrapping it in an undeniably catchy way. Last year Chris spent six weeks performing more than forty gigs across the US and building a loyal army of fans along the way. With self-penned tracks about ecology, our blind unquestioning faith in much of the information that we’re spoon-fed daily by the media, and the ruthless corporate world in its various forms, Chris is a man with fire in his belly and a need to express his anger with the world around him. Upcoming live shows in London next month include an afternoon gig at Mau Mau on Portobello Road on May 7 and an evening performance at The Islington on May 27. This song will certainly make you sit up and think.