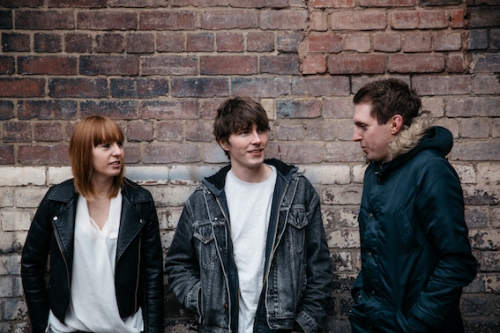 Now here’s a corker of a track. FloodHounds got in touch with us recently after reading a piece we wrote two years ago about the excellent Band Of Skulls, and asked what we thought of this latest song of theirs. It’s one of six that the Yorkshire-based trio have just completed with early Arctic Monkeys producer Alan Smyth at 2Fly Studios in Sheffield and we love the freshness of it. They formed in October 2014 after London lad Jack Flynn and bassist Rhys Owens hooked up with drummer Lauren Greaves, and were picked out of 1200 emerging unsigned acts that applied for a handful of slots supporting Fat White Family and Hooton Tennis Club at the iconic Leadmill venue. BBC Introducing presenter Christian Carlisle at BBC Radio Sheffield is a key supporter and has already premiered three songs from them in session. Tonight (March 30) London gets a taste of the band as they perform live at Hoxton’s Underbelly. Influenced by Black Keys, Blur and The White Stripes, this track is raw, plucky, spirited and confident - basically everything you’d ever want from a young UK breakthrough group.