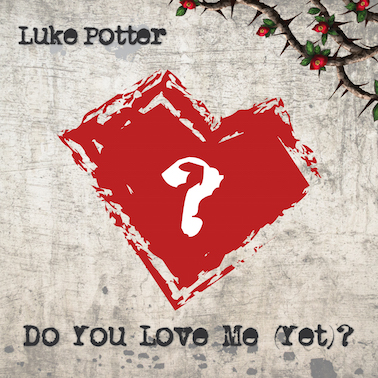 Luke Potter is an ambitious singer-songwriter from down in the south west of England. Over the past couple of years, he’s been fortunate enough to work with a bunch of top producers including Robbie Williams’ and McFly’s collaborator Steve Power amongst others. His debut album So Sugar was released at the end of 2014 and has helped his fanbase swell to almost 240,000 Twitter followers and 14,000 subscribers to his YouTube channel. Recently he’s been in Sweden where he co-wrote this neatly-crafted song with Maria Marcus. He’s also been paired up with top writers across the US (where he played a successful ten-date tour last September) and Canada too as well as back home in London. Now with support from the Hard Rock organisation, he’s planning to drop a series of new singles over the coming months. Reminding us vocally of Darren Hayes on those standout worldwide radio smashes that Savage Garden released in the late-90’s, we’re genuinely relieved to have found a young guy who proves we can still do great mainstream pop here in the UK after all.